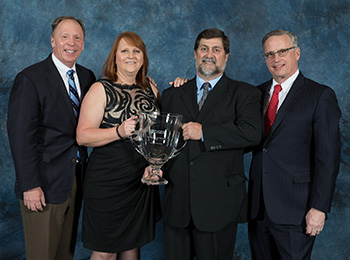 Amanda graduated from Lanier Technical College in 2011 with a Business Administrative Technology Diploma and an Accounting Certificate. There she took many classes over accounting and proper book keeping as well as work ethics and office procedures. She joined the Southern Auto Color team in February 2011 where she currently serves as an office assistant. Amanda has attended PPG seminars such as Business Solutions and plans to attend many more in the future. She is married to Dusty Kenimer, an outside salesman for Southern Auto Color, and they have two children. In her free time she enjoys being outside and spending time with friends and family.

Maggie joined the Southern Auto Color team in late 2016. She is the daughter of owners David and Tammy. Maggie graduated from Western Carolina University in 2015, where she studied recreational therapy. Maggie has already attended training through PPG. She has attended Envirobase HP, Basic Pinstriping, and Accelerated Distributor Development Series classes and plans to attend more in the future.

Jody has been a part of the Southern Auto Color team since 1994. Since then he has held different positions, such as, inside sales until 1995 and outside sales until 2005, when he became the sales manager. Jody graduated Lanier Tech Auto Body department with a 4.0 GPA. In 1992 he worked as a painter helper for Jim Hardman Collision Center and in 1994 he was a painter at Waters Body Shop. Jody has taken several classes that have helped with his success, including Situation Sales Negotiation, Territory Management for Outside Sales, PPG Certification, MVP Greenbelt Training, and several others. Jody enjoys spending time with his wife, Mindy, and son Joe. In his spare time he likes hunting, fishing, competitive shooting, and racing radio controlled cars.

Southern Auto Color can bring you the products and practices to help your business prosper. Customer satisfaction is a high priority in our company and we want nothing more than success for our customers.

We are the largest Platinum Level PPG Distributor in North Georgia. We have four convenient locations and expert staff to answer all of your questions.

We are also the authorized distributors of Aquapel, 3M, and Neza Autocolor. If you have any questions contact us today!